We are tackling the greatest marine pollution challenges through innovative science and technology.

We conduct world-leading, award winning research into marine debris in Australia and beyond, on land and at sea, to help protect ecosystems and wildlife.

Marine debris comes from both land and sea-based sources and can travel immense distances. It can pose a navigation hazard, smother coral reefs, transport invasive species and negatively affect tourism. It also injures and kills wildlife, has the potential to transport chemical contaminants, and may pose a threat to human health.

END_OF_DOCUMENT_TOKEN_TO_BE_REPLACED

What is marine debris?

Marine debris includes consumer items such as glass or plastic bottles, cans, bags, balloons, rubber, metal, fibreglass, cigarettes, and other manufactured materials that end up in the ocean and along the coast.

It also includes fishing gear such as line, ropes, hooks, buoys and other materials lost on or near land, or intentionally or unintentionally discarded at sea.

Learn more about the types and sources of marine debris

Watch: How can we solve the ocean plastic crisis?

Our researchers are investigating the relationship between humans and our environment, with a focus on sources and amounts of plastics around Australia and the world.

[Music plays and an image appears of an aerial view of a stretch of coastline with a white sandy beach and then text appears: Marine Resources and Industries, CSIRO Oceans and Atmosphere, How can we solve the ocean plastic crisis?]

Dr Denise Hardesty: No matter where you are in the world, on the cleanest of beaches, in the city, the most remote area, you’re always going to find our trash. It’s everywhere that we go.

And my career, my job now is really focussed on looking at the relationship between humans and our environment, particularly focussing on plastic pollution.

[Images move through of Denise talking to a class, Denise working with volunteers on a beach, men collecting samples from a boat, an underwater view of sample collection, and rubbish being analysed]

One of the big projects that we had was in 2011 to 2014 where we secured funding to do a national survey around the entire continent of Australia and we were looking at the sources, the amounts, the types of plastic pollution around the entire country.

[Images move through to show TJ Lawson talking to camera, TJ talking to students in a classroom, students walking on the beach, and Denise working with volunteers on beach and text appears: TJ Lawson, Spatial Analyst]

TJ Lawson: Another part of that project was to engage the community and with that we went and spoke to school kids. We had teachers come on expeditions and we spoke to some members of the public about the work.

[Images move through to show a close up view of students showing each other pollution samples collected, analysing rubbish, and a teacher working with students in a classroom]

Dr Denise Hardesty: By the end of the project we’d worked with over 7000 schoolkids as citizen scientists.

[Image changes to show Denise talking to the camera]

We analysed the data, we published a series of papers and that attracted a lot of attention from the media and from industry and Government partners who are interested in understanding their role in addressing the plastic pollution issue.

[Images move through to show a photo of Trish at a podium, and then Trish talking to camera]

Trish Hyde: In my time as CEO of the Australian Packaging Covenant we had a problem to address. How does a piece of packaging go from the land into the water and become pollution?

We partnered with the CSIRO and their research helped us build a strategic approach to address the problem.

[Images move through to show a white sandy beach, Denise on the beach talking to camera, and Kathy and a colleague taking and comparing measurements on a beach]

Dr Denise Hardesty: One of the really exciting opportunities in the work that I do, is the chance to mentor the next generation and Kathy Willis is one of the students that I’ve been lucky enough to work with.

[Images move through to show Kathy talking to camera, Kathy and a colleague taking and comparing measurements on a beach, and a highlighted map of local councils with survey sites and text appears: Kathy Willis PhD Candidate]

Kathy Willis: Building on work done by a student in 2013, I’m about to visit 40 local councils around Australia. At each of these councils we’re running beach transects to measure how much plastic pollution is on their beaches. We’re then going to interview the waste managers at each of those councils.

So, with this data we’ll be able to analyse and compare how waste management has changed from 2013 to now 2018.

[Images move through to show a screen scrolling through CSIRO’s Global plastic losses article, and then volunteers measuring pollution in various places including beaches, rivers and inland areas]

Dr Denise Hardesty: Our new global plastics project is focussing primarily in the South East Asia region at the moment and there we’re building capacity with on ground partners in the countries and we’re collecting data along rivers and inland areas along the coastline and out at sea.

[Image changes to show Denise talking to camera on the beach]

And with these country partners we’re developing a global baseline of plastic waste and leakage from land out into the ocean.

TJ Lawson: The volunteers are collecting the data for us and they’re now sending it back to us and my job is to assimilate all that data and pass it on to the other team members for analysis.

[Images move through to show Denise talking to the camera, and then changes to show people listening in a classroom]

Dr Denise Hardesty: This is some of the most exciting research I’ve ever had the opportunity to do. People care about this plastic pollution issue.

[Images move through of Denise working with a group of volunteers, Denise talking to camera, and then students collecting samples on a beach, and the camera zooms in on two of the students]

It’s something that resonates with people, whether it’s industry, Governments, private citizens. And the science that we’re carrying out is answering people’s questions on how we all together can help resolve the plastic pollution issue.

CSIRO has developed an online national marine debris database where you can contribute data you collect about litter at your local beach. Together, we can contribute to the improved understanding of the types, amounts and sources of debris that arrives on Australia’s coastline.

We're taking on the world’s largest plastic pollution survey, working with countries across the globe to apply science to reduce the amount of litter entering our oceans.

To date, the best estimates say there are around 6-12 million metric tonnes of plastic going into the oceans each year – that works out to be around 15 shopping bags of plastic for each metre of global coastline (excluding Antarctica).

END_OF_DOCUMENT_TOKEN_TO_BE_REPLACED

How much marine debris is there?

Globally, approximately one third of marine turtles have likely ingested debris, and this has increased since plastic production began in the 1950s.

Around the world, nearly half of all seabird species are likely to ingest debris. Balloons are the marine debris item that has the highest chance of killing seabirds if eaten, and 43 per cent of short-tailed shearwaters have plastic in their gut.

We predict that plastics ingestion in seabirds may reach 95 per cent of all species by 2050. Recent research shows that it takes only one piece of plastic to kill a turtle.

Seabirds, turtles, whales, seals, dolphins, dugongs, fish, crabs and crocodiles and numerous other species are killed and maimed through entanglement.

We estimate that between 5,000 and 15,000 turtles have been killed in the Gulf of Carpentaria after becoming ensnared by derelict fishing nets, mostly originating from overseas.

END_OF_DOCUMENT_TOKEN_TO_BE_REPLACED

While the plastic trash swirling around in our oceans gets most of the attention, new evidence shows that the solutions lie along our shoreline.

END_OF_DOCUMENT_TOKEN_TO_BE_REPLACED

As the world moves to ban single-use plastics, biodegradable plastics are increasingly in focus as an environmentally friendly alternative.

END_OF_DOCUMENT_TOKEN_TO_BE_REPLACED

The problem of plastic is central to creating a circular economy. So, what is science doing to drive innovation in this space?

END_OF_DOCUMENT_TOKEN_TO_BE_REPLACED

The risk posed by plastic pollution to the world's declining sea turtle populations has been quantified for the first time.

Each year, 90 billion tonnes of primary materials are extracted and used globally, with only nine per cent recycled (United Nations Environment Programme, 2019). This is commercially unsustainable and there are significant detrimental impacts to human health and the environment.

A 'circular economy' model, which employs not only waste management, but reuse, recycling and responsible manufacture could support the development of new industries and jobs, reducing emissions and increasing efficient use of natural resources (including energy, water and materials).

END_OF_DOCUMENT_TOKEN_TO_BE_REPLACED

We are developing sustainable options for products that often end up in landfill, like recovery of metals and materials, new battery materials, and battery reuse and recycling.

END_OF_DOCUMENT_TOKEN_TO_BE_REPLACED

ASPIRE is an online marketplace that intelligently matches businesses with potential remanufacturers, purchasers or recyclers to find new purposes for waste materials.

END_OF_DOCUMENT_TOKEN_TO_BE_REPLACED

Our report, The Recycled Plastics Market: Global Analysis and Trends, reviews and analyses the recycling industry in Australia and internationally.

What can be done?

We all have a role to play in reducing plastic pollution ending up in our oceans.

By garnering the information needed to identify sources and hotspots of debris, we can better develop effective solutions to tackle marine debris.

Working together, scientists, industry, government and citizen scientists can make significant strides to reduce marine debris impacts in coastal areas and in the marine environment.

Learn how we can better manage marine debris 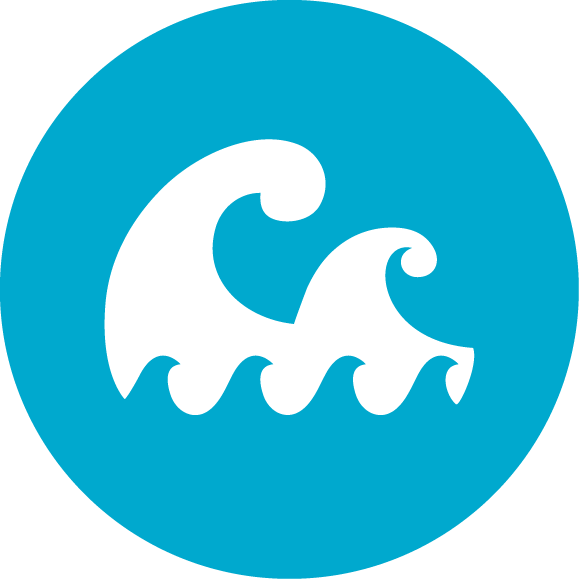 Oceans affect us all, with ocean resources and assets providing livelihoods, food security and well-being. Australia has the world's third largest marine estate, and 85 per cent of the population lives within 50 kilometres of the coast.

Decades of leading marine and coastal research is captured in a free, easy to understand book, Oceans: Science and Solutions for Australia.

From our coastline to the abyssal ocean, from the tropics to Antarctica, the Oceans book highlights integrated management to reduce marine pollution and the protection of marine fauna.