CSIRO's SME Connect team worked with NineSquared to develop an economic feasibility model to support the use of seaweed and shellfish production for environmental offsets by facilitating a research project with the University of the Sunshine Coast.

NineSquared sought assistance in developing a marine offset economic feasibility model which considered Australia’s legislative framework for existing carbon and nitrogen offset approaches and opportunities in the marine environment; and which identified and integrated economic and ecosystem service principles to position the theoretical model in the environmental impact/services spectrum. The model would then be tested in South East Queensland, working with Moreton Bay oyster farmers.

In collaboration with the University of the Sunshine Coast (USC), this marine-based approach was explored, applying both economic and scientific analysis to help assess the potential for marine offsets in Moreton Bay.

With advice and support from the Australian Government’s Entrepreneurs' Programme, Innovation Connections service, an initiative which is funded and supported by the Australian Government, and Innovation Connections Facilitator Dr Scott McNeil, NineSquared's researcher, Dr Rachael Marshall, established a collaboration with the USC's Professor Nick Paul to quantify the economic value of the nutrients harvested from the receiving environment.

Several outcomes have been achieved through this project which include assessments of potential for carbon and nitrogen marine offsets for oyster and seaweed aquaculture in Australia’s regulatory framework, and investigations into the potential for seaweed markets for small scale seaweed farming in Australia.

A valuable link has been established with both USC for seaweed industry development and with UWA for the development of economic modelling tools for environmental services.

Plans to further support the development of the seaweed industry through the design of economic decision support tools that will quantify the benefit of seaweed farming to the oyster grower, engaging with both state government and industry, are in progress with the support of a second Innovation Connections grant. 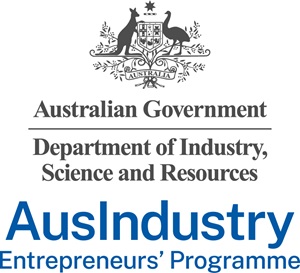 We offer services and contract-based research to clients in business, industry and government.