Over 100 cotton varieties and counting

Australian cotton has the highest yields in the world, and 100 per cent of it is currently grown from CSIRO varieties – we've released 113 since 1984.

As one of the top four cotton exporters globally, Australia competes in a heavily subsidised international market. Cotton crops are regularly threatened by weather extremes and disease and can be devastated by insect pests.

To survive and thrive, Australian cotton farmers need higher yields and lower production costs, as well as in-built protection from pests like the Helicoverpa caterpillars.

Since our very first release of Sicot 1, CSIRO has worked hard to give Australia the world's highest yielding cotton as well as breeding plants with disease resistance and regional adaptation. Our next challenge is to further improve yield while maintaining or improving disease resistance and fibre quality in combination with the best available pest and herbicide tolerance traits being developed through gene technology to ensure that the industry is sustainable into the future.

CSIRO has been developing cotton varieties since the 1960s, with the first commercial release in 1984. These varieties have underpinned the success of Australia's cotton industry; increasing productivity by more than $5 billion, reducing insecticide use by 85 per cent and cutting herbicide use by 52 per cent. Australian cotton is also the most water efficient in the world, producing an average of 430kg of lint for every ML of irrigation water.

Cotton was the first agricultural industry in Australia to adopt genetically modified traits for insect and herbicide tolerance, and CSIRO has worked closely with international agribusiness companies like Bayer to breed those traits into high-yielding and high-quality varieties that are now used throughout the industry.

In 2017 CSD, the only company that supplies cotton seed to Australian cotton growers, celebrated their 50th anniversary. CSD put together this video to highlight the important partnership with CSIRO to develop and market cotton that benefits growers' bottom line and is good for the environment and for rural communities.

30 years of cotton breeding and 100 varieties underpinning a $2.5 billion industry

To date, we have released 113 cotton varieties, including varieties with high yield and broad adaptation in Sicot 746B3F and specialist varieties such as Sicot 754B3F (premium quality). CSIRO continues to expand on the offerings of GM traits in our varieties to provide greater flexibility to farmers in their pest and weed control options.

It is with innovations like these that CSIRO has helped cotton to become Australia's third-largest agricultural export and to create a more profitable, environmentally-friendly Australian cotton industry. The exceptional yield and adaptation of CSIRO varieties have allowed the expansion of the industry further south and potentially much further north, which should help buffer the industry against the potential impacts of climate change in traditional cotton growing areas. 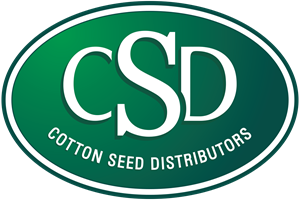