Understanding the human dimension of the Great Barrier Reef

A social and economic long-term monitoring program for the Great Barrier Reef is providing vital information to reef managers, businesses and the government to help them make decisions that reflect the needs of the people who interact with the Reef.

People and the Great Barrier Reef

People are a part of the Great Barrier Reef.

Today, management of the Reef requires more than a comprehensive understanding of the biophysical pressures, ecosystem states and responses. Understanding the human dimension of the Reef is essential for long-term planning and management, and for monitoring and evaluation.

The 'human dimension' includes how people, industries and communities perceive, interact with, and value the Reef, and how these groups are likely to respond to and cope with changes associated with environmental degradation, climate change, regulatory frameworks, and culture.

The first of such surveys, in 2013, questioned 8,300 people (commercial fishers, tourism operators, tourists, and coastal and national residents) about their dependence, usage and affinity with the Reef, as well as their perceptions, values, experiences, attitudes and behaviours.

SELTMP was established in 2011 with funding provided by the Australian Government under the National Environment Research Program (NERP). SELTMP is led by researchers from CSIRO and James Cook University, in partnership with the Great Barrier Reef Marine Park Authority, the Great Barrier Reef Foundation and NQ Dry Tropics.

A comprehensive dataset of increasing value

Already producing fascinating insights into the human dimension of the Great Barrier Reef, the value of SELTMP to Reef managers and the Australian public will increase as longitudinal data and knowledge are accumulated through repeated surveys.

Some of the findings so far from SELTMP are summarised below. 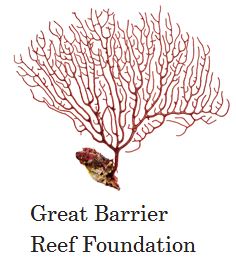