A national survey reveals the importance of mining to China and the Chinese, and uncovers a wealth of information on the benefits and impacts of mining that contribute to public acceptance and the industry’s ‘social licence to operate’.

China has the largest mining and mineral processing industry in the world and mining development has contributed greatly to China’s rapid economic and social development over the past 30 years.

As in many countries around the world, the industry must also demonstrate it has a ‘social licence to operate’ among communities that are close to operations and within society more broadly.

Understanding what people in China think about mining

We wanted to understand how the impacts and benefits of mining, and the relationship between the mining industry, government and society, affect the level of acceptance of mining among China’s citizens.

We surveyed 5,122 Chinese citizens, using an online survey approach, as well as face-to-face interviews, about their attitudes toward the mining industry.  We sampled citizens in mining regions, comparable non-mining regions and metropolitan areas between late 2013 and the first quarter of 2014.

Their responses were analysed and and a summary of key finding was released in the  report: Chinese attitudes toward mining: Citizen Survey – 2014 Results.

Key findings from the survey reveal:

This survey forms part of a larger CSIRO program of work to understand and articulate the views of citizens in mining jurisdictions around the world. This is the third published report as part of this program, alongside national reports of Australia and Chile.

This project was funded by the Australia-China Council (ACC) of Australia’s Department of Foreign Affairs and Trade (DFAT), with in-kind contributions from CSIRO, the Chinese Academy of Social Science, East China Normal University, and Sichuan Normal University. 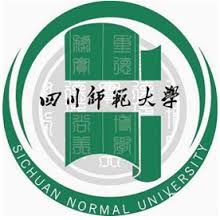